No Joke: Endemic Pessimism May Be Killing Us 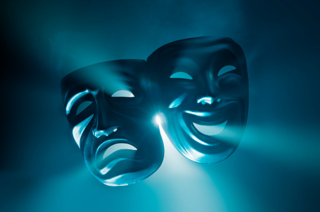 Atticus Grinch (guessing that's a pseudonym) in "An Inside Look at the Depressed, Substance-Abusing World of Law," entertainingly catalogues the various miseries of modern legal practice and recounts the bad news about lawyers' mental health: depression rate 3.6 times higher than non-lawyers, the highest among all occupations; alcohol and drug use twice the national average; suicide rate six times greater than the national average. (Seems these are Canadian statistics, which somehow feels even more depressing.)

Creating the best legal future requires trying to figu re out what's going on and how to turn things around. There's evidence that the traditional law firm model and business practices may not be economically sustainable. Is it also not sustainable as a healthy way of life?

Grinch reminds us that law school is perhaps the only endeavor in life in which pessimism appears to provide a competitive advantage. If you're a glutton for bad news, see Pessimists Do Better in Law School. But Then What? and The Role of Optimism And Pessimism In Professional Success As A Lawyer. And if you would like assistance, the State Bar's Lawyers and Judges Assistance Program offers help.

But back to Atticus. Amidst the depressing statistics about lawyer depression is a good joke about lawyer jokes: "Y'know what the problem with lawyer jokes is? Lawyers don't think they're funny, but no else thinks they're jokes."

An optimist thinks we can figure out how to make that joke not funny in the future. Who's in?