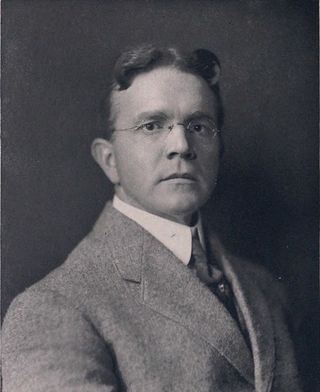 Creating the best legal future requires understanding the past. To that end, every Thursday BLF Blog will publish excerpts from our own Michigan Bar Journal and other bar association historical documents. Some of these excerpts will require no comment. Not so today's TBT post from the 1926 Michigan State Bar Journal, a 12-page article by Henry M. Bates, dean of the University of Michigan law school from 1910-1939. For perspective, Bates died in 1949, the same year that SBM member John W. Reed joined the faculty.

Many of Bates's themes remain hot topics today -- what should be taught in law schools and why, how long it should take, the significance of lawyers' work to society, the need for continuing education, the impact of scientific developments. To my ears, Bates' certitude is jarring, as ours will likely be to future generations. (It's startling, too, to see the word "pathetic" used in connection with Abraham Lincoln). But Bates' optimism is captivating. What's missing from his thoughts on legal education in 1926 (three years away from the stock market collapse of 1929) is also noteworthy -- no analysis of the economics of legal education and no attention to access to legal services, much less to open access to a legal education.

For those of you who don't have time to read the whole disquisition on legal education, here are a few excerpts illustrating how some of today's themes were treated nearly a century ago:

Training. Less than forty years ago few schools had a course of study lasting more than two years. Today practically no school grants its degree for less than three years of study and in at least a dozen work is offered with a student would need from four to six years to cover. But of course we cannot ask our law students to give six years to the study of law before beginning its practice. The only solution of the problem suggested has been a great increase in the quantity and quality of work required of the student during his three year period and a resort to the elective scheme of study. Under the elective system the student takes all of the basic and more important subjects, such as contracts, property, pleading, equity, and constitutional law, and in addition a prescribed quantum from the derivative subjects, such as sales, and from the subjects of minor practical importance.

Collaboration. There has been wide-spread and earnest discussion throughout the country during the last two or three years concerning the administration of criminal justice. That we are failing to deal adequately with crime, and with tragic consequences, is clear to any open-minded person. Most of the remedies proposed have been mere nostrums or at best but a tinkering with the minor machinery of criminal. justice. There is not the slightest hope that we shall even have a plan whereby the problem may be adequately dealt with, unless competent men make an adequate study of the innumerable elements that enter into the crime situation. This is not a work which could be adequately performed by a commission of men busy chiefly with other things, directed by the authorizing law to report a code within a few months. If we were to deal with this problem as intelligently and practically as the United States Steel Corporation, or the American Telephone and Telegraph Company deal with their problems, we would enlist the cooperation and efforts of the able judges and lawyers, police experts, sociologists, criminologists, psychiatrists, biologists, and statisticians.

Facts and Reason. It is an astounding thing that money by the millions and the unstinted efforts of able and devoted men have for generations been available for the study of problems in medicine, engineering, chemistry, physics, and in many applied sciences and arts, and yet that no financial aid to speak of, and little trained ability, have been available for the study of that scheme of things which we call the law, at least in any adequate and scientific way. Yet it is undeniable that a sound scheme of law is absolutely essential to the continued existence of civilization and to the proper functioning of medicine, engineering, chemistry, and the other sciences and arts which have been so generously aided. But now the need of similar aid for the study of our great legal problems is beginning to be appreciated.

The Pace of Change.  No one I presume would deny that the age in which we live is characterized by the most rapid, the most comprehensive, and the most revolutionary changes the human race has known, and that the process is continuing at an ever accelerating pace.

Optimism. It is the firm conviction of those who have given most thought to the possibilities of the kind of legal investigation which I have described, that some such work, if carried on with sufficient energy and wisdom and with adequate financial aid, will ultimately lead to an improved adjustment of human affairs and relations and a sounder system of social control, from which benefits of incalculable value will accrue.

And finally, there's this time-tested wisdom:

A curious trait of human nature, and one which we all share in greater or less measure, is a tendency to look with suspicion upon any proposed change in the scope, methods, or conduct of the training in the preparation for life which we ourselves have had.

John Reed eventually succeeded Bates as Dean at Michigan? Michigan's website bio of Reed omits that fact: http://www.law.umich.edu/FacultyBio/Pages/FacultyBio.aspx?FacID=reedj Have you perhaps confused Michigan with a law school in Detroit?