What Would It Mean To List A Law Firm On The Stock Market? 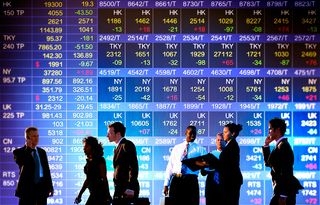 First, it would mean that you are not in the U.S., where the rules of professional conduct in all 51 jurisdictions on non-lawyer ownership of law firms currently stand in your way. And you are probably not in Canada, either.

But if you are so inclined and you happen to be in Australia or the U.K. where non-lawyer ownership of law firms is permissible, you can find some handy advice about the decision to list a law firm on the stock exchange here, including:

You don’t have to speak to many solicitors in merged or restructured law firms to discover that the reality of life beneath the new corporate surface is rarely smooth or untroubled. There’s nothing new in that, and Gateleys may well be the honourable exception that proves the rule (I have no direct knowledge of them), but the point is that many law firms simmer with politics and egos: the different elements of merged firms continue to operate in quite different ways long after the surface change; partners do not easily submit to any rules at all, let alone those of a listed company, and certainly not to rules that the partners haven’t chosen themselves.

Whether that is better managed in a corporate context is a nice question. There will be some who argue it will, and they may have a point. But the risk is just as much that, with key personnel deprived of partner status; forced into a corporate straitjacket, and deprived of the freedom of management and manoeuvre which has enabled them to function, that the web of relationships that makes most law firms tick is strained to breaking point.

Think about it.  Seriously, think about it. USC's Gillian Hadfield says lifting the ban would greatly increase access to justice.  The U.K. is providing some real evidence.  And Indiana's Bill Henderson warns about the costs to the profession of delay, arguing that our ban on nonlawyer ownership is driving nonlawyers to take on various disguises to deliver creatively financed legal services in competition with lawyers.