Home Archives Profile Subscribe
Is "Client-centric" A Breakthrough Concept or Just Old Wisdom?
Are Two Susskinds Better Than One? Read With Us to Find Out 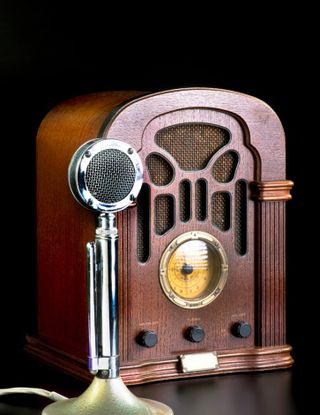 "Eyes on the Courts 2015," a bipartisan bill introduced in Congress last week, would mandate broadcast and video coverage of U.S. Supreme Court and federal appellate court proceedings. The constitutionality of such legislation is an open question. The bill provides that the chief justice and the chief judges of the appeals courts could close particular proceedings to cameras if broadcast would "violate the due process rights of a party to the proceeding or is otherwise not in the interests of justice." The reasons for the closure would have to be published at least 72 hours before the proceeding.

A bipartisan letter signed last June by 16 members of Congress finessed the constitutional separation of power issue by asking the Chief Justice to voluntarily provide for live audio broadcasts of U.S. Supreme Court proceedings in advance of the announcement of the blockbuster cases decided that month:

We applaud the Court’s efforts to increase transparency by requiring the release of same-day transcripts and end-of-the-week audio. We are also encouraged by the recent decision to release same-day audio in some limited cases. These efforts demonstrate that the Court has the capability to release live audio. The enhanced transparency that would come from live audio broadcasts of public proceedings would allow people to better understand how our third branch of government operates and more closely track the many important cases that are decided.

The idea of transparency in court proceedings was abhorrent in the early years of the State Bar of Michigan.  From the Michigan State Bar Journal, November 1937:

A written complaint was filed complaining of broad­ casting of trials and proceedings in Traffic Courts in the City of Detroit, with a request to determine whether such broadcasting constituted a violation of judicial ethics.

Opinion: It  was the opinion of the Committee, after public hearings had been had concerning this important question, that based upon Opinion 67 of the Ethics Committee of the American Bar Association and the recent opinion under date of December 2, 1936,of the Committee on Professional  Ethics and Grievances of the American Bar Association in connection with the so-called "Good-Will Court" sponsored by a national broadcaster, that  such  broadcasts  are unfair to the defendant and to the witnesses; that the natural embarrassment and confusion of a citizen on trial should not be increased by a realization that his voice and his difficulties are being used as entertainment for a vast radio audience. It was also felt that such broadcasts are unfair to the judge, who should be permitted to devote his undivided attention to the case, unmindful of the effect which his comments or decision may have upon the radio audience. The Committee therefore ruled that such broadcasting of traffic trials, as well as the broadcasting of other types of  trials of  court proceedings, is unethical.