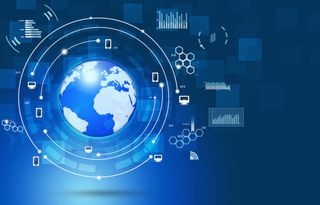 According to Legal Futures, The Netherlands is leading the way in Europe in the practical application of online dispute resolution. The Rechtwijzer 2.0 describes itself as “the first ODR platform for difficult problems such as divorce and separation, landlord-tenant disputes and employment disputes.” Its development says all you need to know about whether, how, and how fast the staid and geography-bound global legal system is changing. The platform was designed and built by Modria, a California and India-based company founded in 2011 for the resolution of disputes on eBay and PayPal. Its founders are Colin Rule and Chittu Nagarajan. Rule, a non-lawyer, journeyed from a Peace Corps position in Eritrea in 1989 through the Harvard Kennedy School of Government into the stratosphere of innovative mediation and dispute resolution. Nagarajan, an English-trained lawyer, converted a part time position at PayPal to establish a community court into a full time position, leading to the co-founding of Modria itself.

Think that the Atlantic and Pacific oceans and our balkanized, state-based judicial system will keep these transformative innovations at bay in our world? Think again. Modria's software is in use in Ohio to resolve disputes over tax assessments and keep them out of court. A New York-based arbitration association is using it to settle medical claims arising from certain types of car crashes.

And what about Michigan? Court Innovations, a Michigan company developed out of the University of Michigan Law School, uses similar technology to resolve traffic disputes through an online option already adopted by six district courts in Michigan.

This is quite true further revealing the effort that the US has to play in order to bring itself to par.

nice work and more appealing article to the society.